Be the change you want to see in the world.
– Mahatma Gandhi 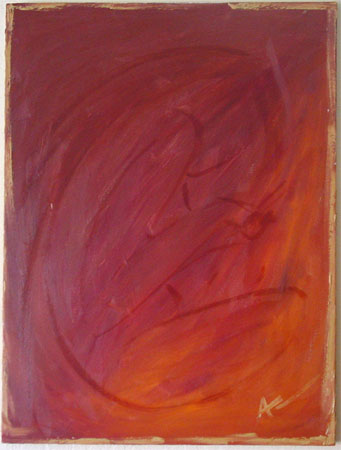 The above quote fuels a dozen blog posts a day, many of them trying to rally their readers toward the writer’s pet cause. Whether it’s eco-consciousness or stamping out Twilight, most people have a cause that’s dear to their hearts. Some causes have a thousand voices crying out to champion them, others have millions, and some are important only to a handful of people, but everyone’s got something.

I don’t have a pet cause. No one I know has ever been afflicted with some terrible tragedy, and the troubles I’ve had have all been fairly ordinary and — though quite angst-ridden at the time, I’m sure — nothing I couldn’t get over without an army of people rallying to my side. I’ve never had cancer or some obscure, uncurable disease; I’ve never been assaulted or even mugged; I really don’t have the mental energy to indulge in outrage for the sake of itself when I could be using that energy to make art (or play Mouse Hunt).

So I found myself wondering, what change do I want to see?

Some of these are easier than others.

As an artist, I create things every day that, I hope, add beauty to the world. From the paintings on my walls to the work I do for clients, I try to make things which are pleasing to the eye and the soul, even while they sometimes serve another function.

Compassion is harder for me. While my cynical apathy protects me from spinning myself out into nothing trying to help every person who needs or thinks they’re in need, it also keeps a lot of things from really touching me. Every person’s pain is deeply individual, and it can be very hard to resist the urge to play a rating game — your pain is your own fault so it doesn’t count, your pain isn’t as bad as his pain, your pain is fleeting so it doesn’t deserve as much. It’s hard to figure out, too, how much or how far to be open to things — my lines right now are pretty harsh, but if I move them too far I’ll just end up raw and useless in other ways.

Kindness seems easy, but thoughtlessness trumps it a lot. Kindness requires attention, being in the present and recognizing when someone needs you to give them something, a moment or a dollar or a smile. It’s a lot easier than compassion, though, because there’s a ton of small ways to be kind, and being thoughtful and kind can even help develop compassion. Someone deserving of kindness seems to us then to be more deserving of compassion as well.

The hardest thing to remember is that everyone is deserving of kindness and compassion.

Respect is the last one, and that one’s really hard on so many levels, because so much hides under the umbrella of respect these days. So many people equate “do what I say” with “respect me” and that’s just not the case. I can totally respect you as a human and an equal, and still have my reasons for doing things my own way. What’s ironic is that when people push it, shoving their way of doing and being down your throat, they’re disrespecting you while demanding you respect them. A lot of authority figures run into this issue — they want you to respect them because of their authority, but refuse to respect those who are answerable to that authority.

It’s such a thorny issue, and it pokes into every sensitive place in our society. I’m not intending to write a whole essay here, either, though, so I’ll let what I’ve said stand.

So, there’s the things I need to work on, if I want to be the change. Beauty and kindness, compassion and respect.

What change do you want to see? How can you take a small step today to become more of what the world needs?

Sorry, the comment form is closed at this time.

“Amy is easy to work with, and asked good questions to help us figure out what we were really looking for. She helped bring our personalities into the spotlight on our new site. It’s very warm and loving, which is exactly what we were looking for. The special touches she created with the custom illustrations really make it work.

“While working with Amy, all our expectations were exceeded!”